It’s the busiest time of year for shopping malls across the country, so it would be safe to assume the White Spot at Woodgrove Centre receives a lot of collateral Christmas “cheer.”

Taking this into consideration, it would be unfair to make any judgement on their restroom without remembering that in the week before Christmas, it’s everyone for themselves in the world of consumerism. We become frantic animals with wild, hungry eyes and vicious claw hands that leave piles of debris in their wake.

People want to have a decent meal in the midst of this madness. So why not eat at a moderately priced, pirate-themed restaurant? At least I’m pretty sure it’s pirate-themed; although outside of a few bad puns on the menu—I don’t really see much pirate stuff. Anyway, straight to the old heave ho(le)! 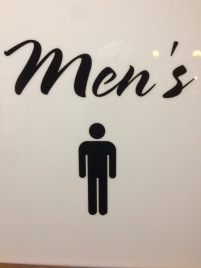 Ahoy matey! This vinyl lettering sure captures that authentic, pirate feel! I almost forgot I was in a restaurant for a second and had to make sure my musket wasn’t loaded. Okay, I’ll try to stop with the pirate crap.

Entering the restroom: Hmm, Spacious! I could fit a recliner in this entryway. Smells pretty clean too. I gotta say though, that the area under the sink looks like it’s supposed to be covered.. and is that a plunger?

Now, I’m sure White Spot wouldn’t expect its customers to do their plumbing for them, but there’s always the chance that people have their heart in the right place (even if that place happens to be the men’s room). I can’t help but feel like it’d be a better idea to keep it where it’s most useful. (Unless they use it for the sink..) 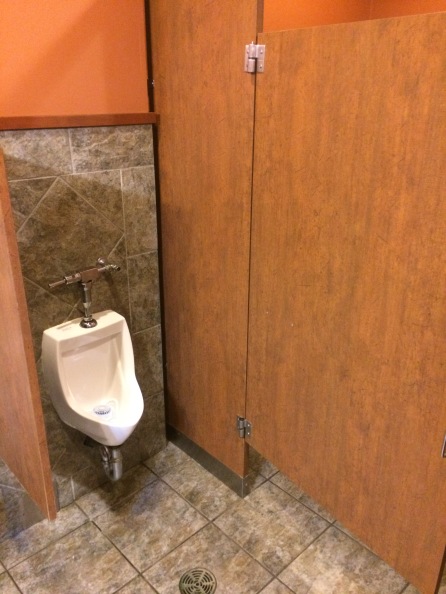 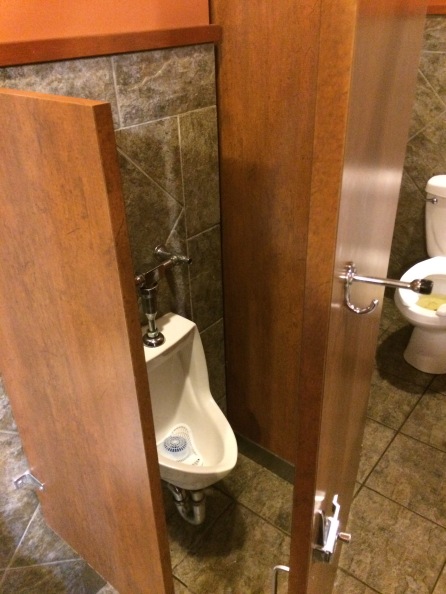 Just in case the photo doesn’t explain it well enough—yes, that’s the stall door placed right in front of the urinal.

I’m not an expert on interior design or anything, but something tells me that most people probably don’t want to be pushed into their own stream of piss by someone who needs to grab a plunger. If you’re somewhat tall like me, you can even see over top of the stall with your peripheral vision. Wonderful.

But just like any landlubber lookin’ to leak his lizard in public, I’ve got to give credit where credit is due. The floor, sink and mirrors were very clean.

Plus, there’s so much paper towel available in here that it seems like the restaurant clear-cut their own section of the Redwood Forest to keep it stocked. And even though there’s no dispensary, I like having the option to be wasteful.

White Spot does a good job at maintaining a facility that is comfortable and sanitary to use, which isn’t always easy for a high-traffic restaurant in mid-December. So fear not! Where you might expect there to be a poop-deck, is actually a moderately lovely lavatory.

Yeah, I know “poop-deck” isn’t what it sounds like, but it was too perfect here.